June 29, 2019 / pwsadmin / Comments Off on Bitcoin, The Dollar And Facebook’s Cryptocurrency: Price Volatility Versus Systemic Volatility

Bitcoin’s price swung wildly this week, causing many to conclude bitcoin is unstable. But this conclusion misses a key nuance: Bitcoin was designed for systemic stability, not for price stability. Indeed, as a system Bitcoin is highly stable even though its price may not be. Bitcoin is the opposite of fiat currencies, which generally exhibit price-stability but are susceptible to periodic bouts of financial system instability. By extension, stablecoins that track fiat currencies, such as Facebook’s new cryptocurrency (Libra), fall into the same category as fiat currencies—they’re designed for price stability, not systemic stability, and are exposed to the same risk of periodic instability of traditional financial systems.

Can a monetary system be both price-stable and systemically-stable? Probably not, and here’s why. 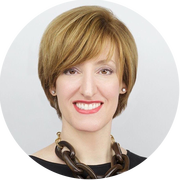